Our flagship troupe and namesake, Krampus!

This troupe is the focus of the parade and like all our troupes, work tirelessly on their costumes to make sure you get a performance you will not soon forget. It may even make you think about being naughty the coming year.

For those unfamiliar with the Christmas beast, Krampus is an age-old story from the European Alps. Each year in December when Saint Nicholas would visit the villages to reward the good boys and girls his sidekick, Krampus, would be there to punish the bad. Part goat, part man, this scary creature delivers his punishments in many ways. Favorites are beatings with his switch of birch and getting carried away in his large basket to be eaten. As mentioned, this is a very old legend from the time when it was customary to scare kids into good behavior.

Wanting to offer a taste of a traditional Krampuslauf here in the streets of New Orleans, the Krewe of Krampus maintains a certain level of Alpine tradition to provide the full effect of what a visit by the partner of Saint Nicholas would entail. Now the weather difference between the mountains and here below sea level is drastic, so some modifications to the costumes to keep from overheating are allowed. We are also in the heart of parade town USA with its own set of traditions. Which is why you will see a healthy mix of New Orleans baked into the experience.

You will be treated to a magical night that will certainly put you into another time and place.  Don’t be too worried about being taken away by Krampus at the NOLAuf but be prepared to receive an artistic lump of coal if Krampus knows you have been on the naughty side.

In an effort to keep true to a traditional Krampuslauf, Krewe of Krampus keeps some costume guidelines for those wishing to parade in the Krampus section of the NOLAuf. December in Europe can be much colder than here in New Orleans, so we have taken a few liberties to make sure members don’t pass out from overheating in their suits, but you will not mistake this creature for anything else.

Historically, Krampus costumes were made from sheep or goat skins topped with a hand-carved wooden mask. Modern groups have all expanded upon that history as you will see a wide variation of looks. For our Krewe, we believe there are a few key elements one must include to maintain tradition and the unmistakable appearance of Krampus

Masks obviously should have an interpretation of goat or animal horns and a scary, long tongue hanging from the face of the beast. The body of the costume will have fur of differing lengths covering as much as possible. Finally, the detail comes down to accessories. Krampus should have many of these items to be complete. Large or multiple cow bells and chains worn around the body to make as much noise as possible. Some form of beating instrument such as a bundle of birch twigs, called a ruten, helps keep the naughty in control. Lastly the sack or basket large enough to haul away the bad boys and girls back to his lair. 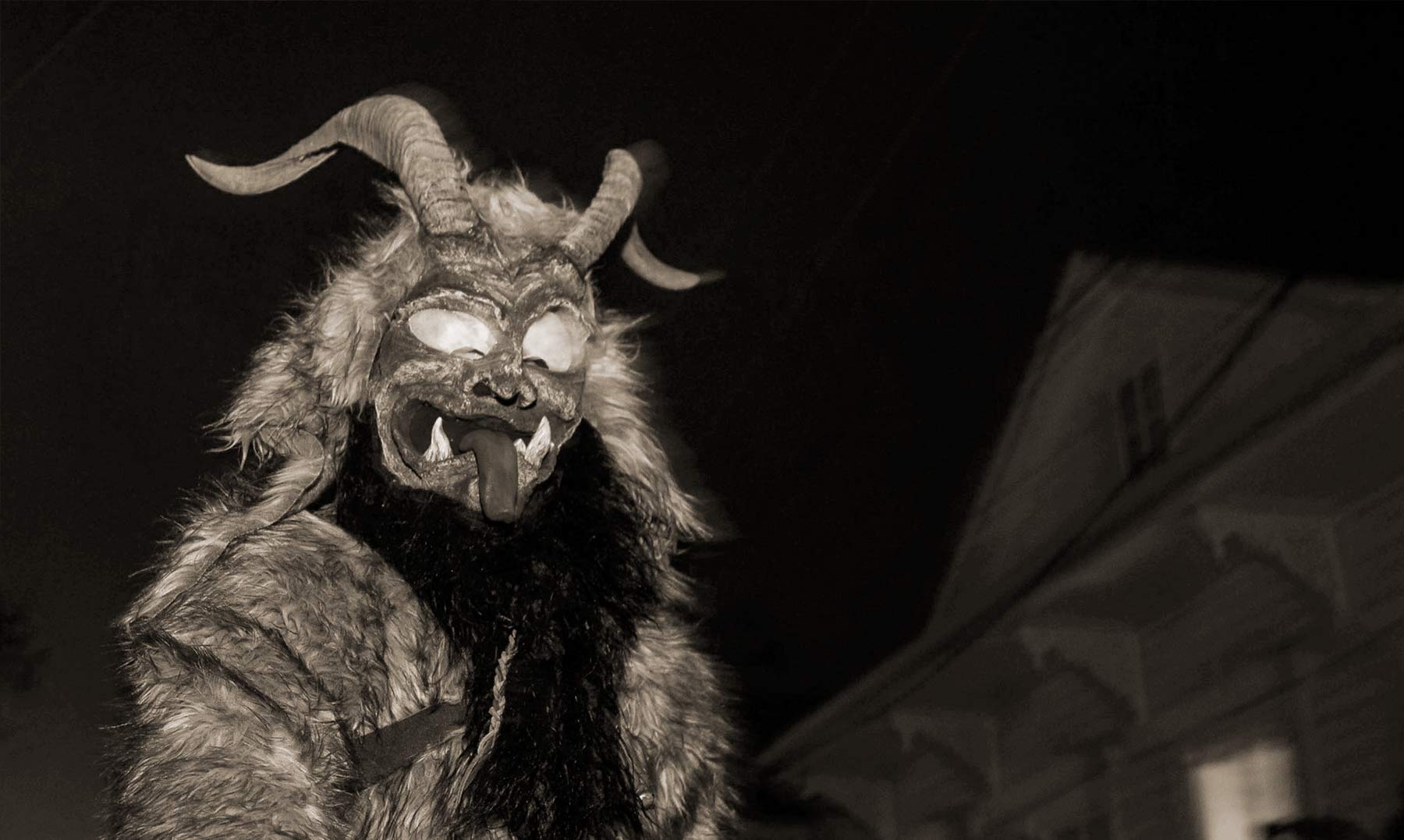 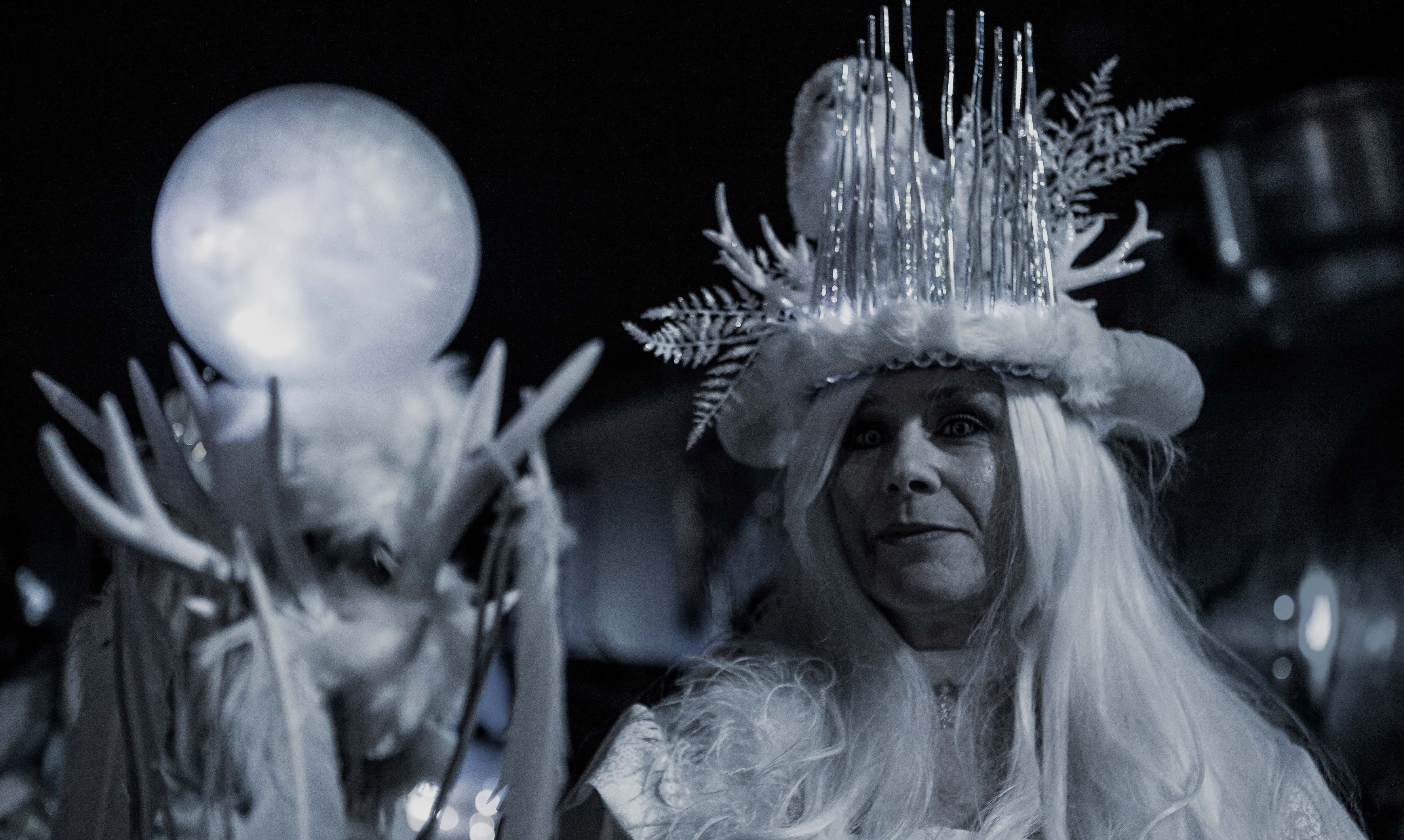 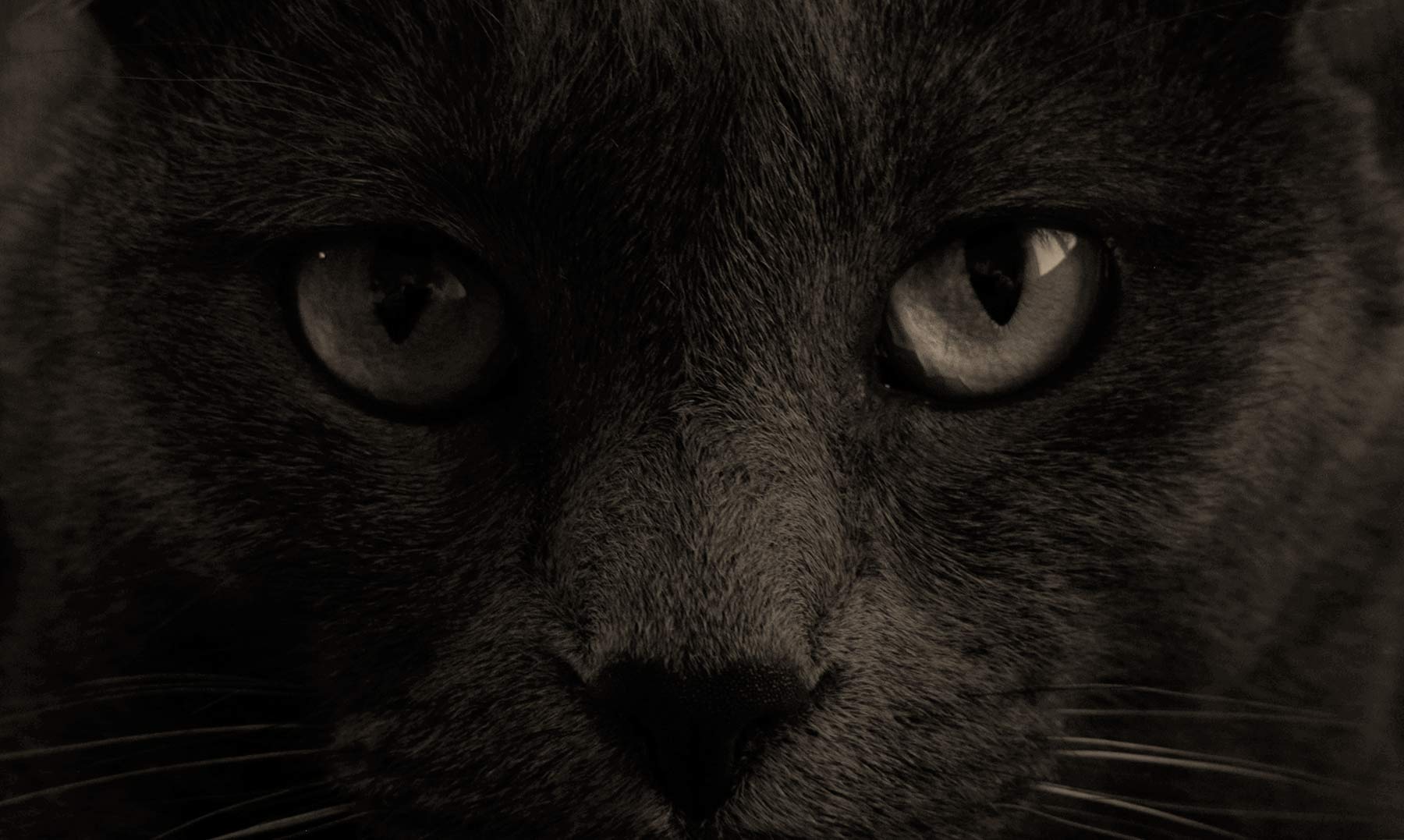 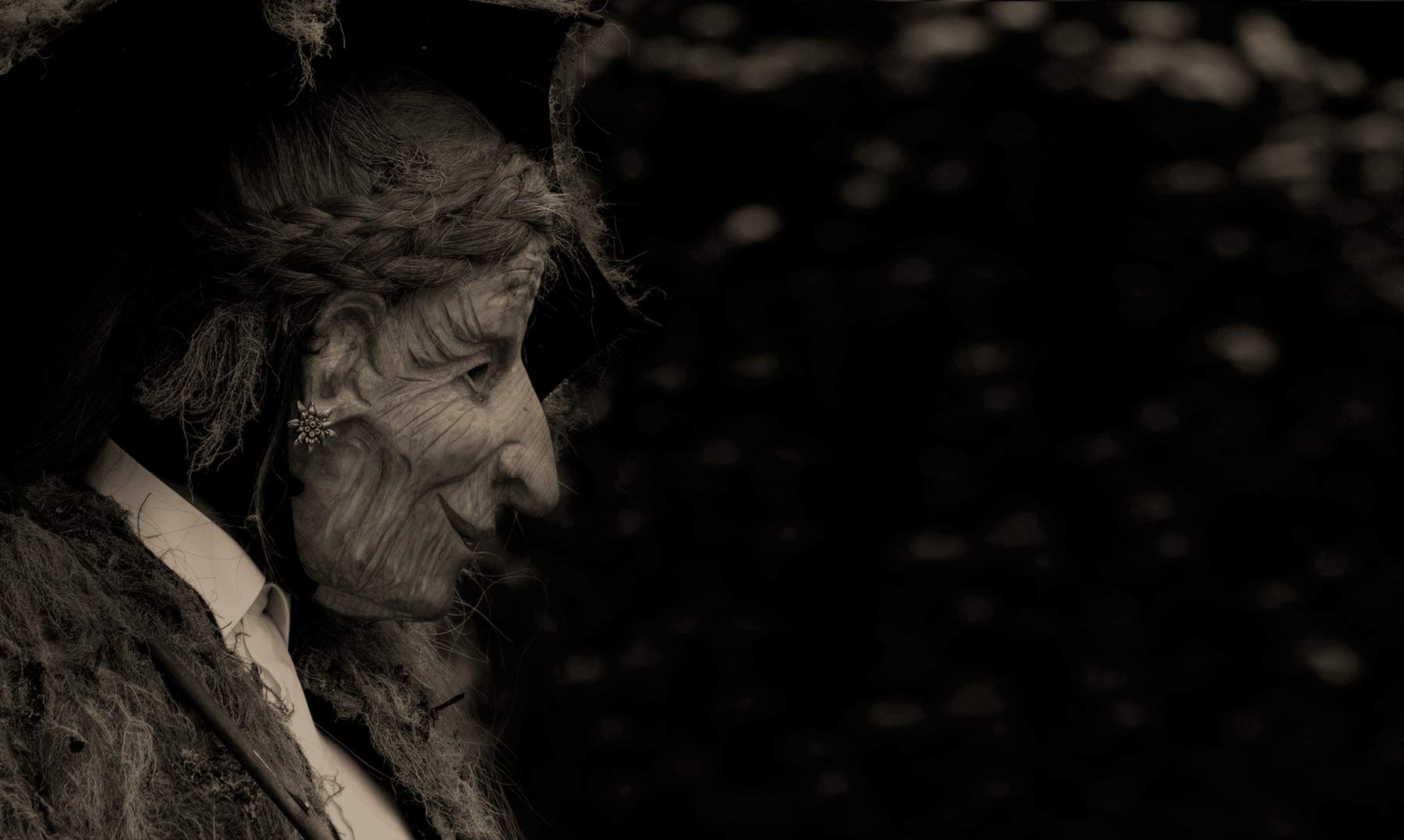 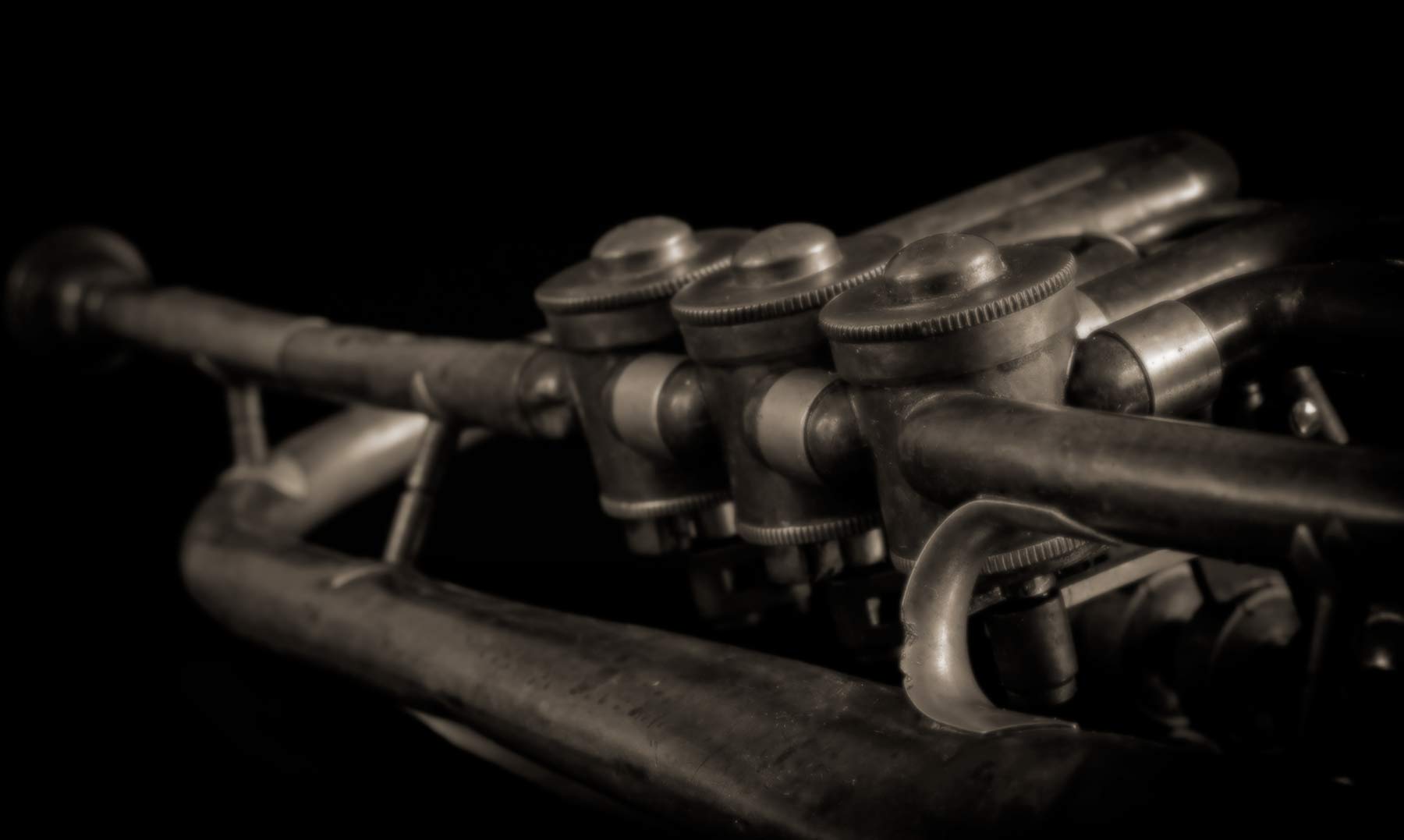 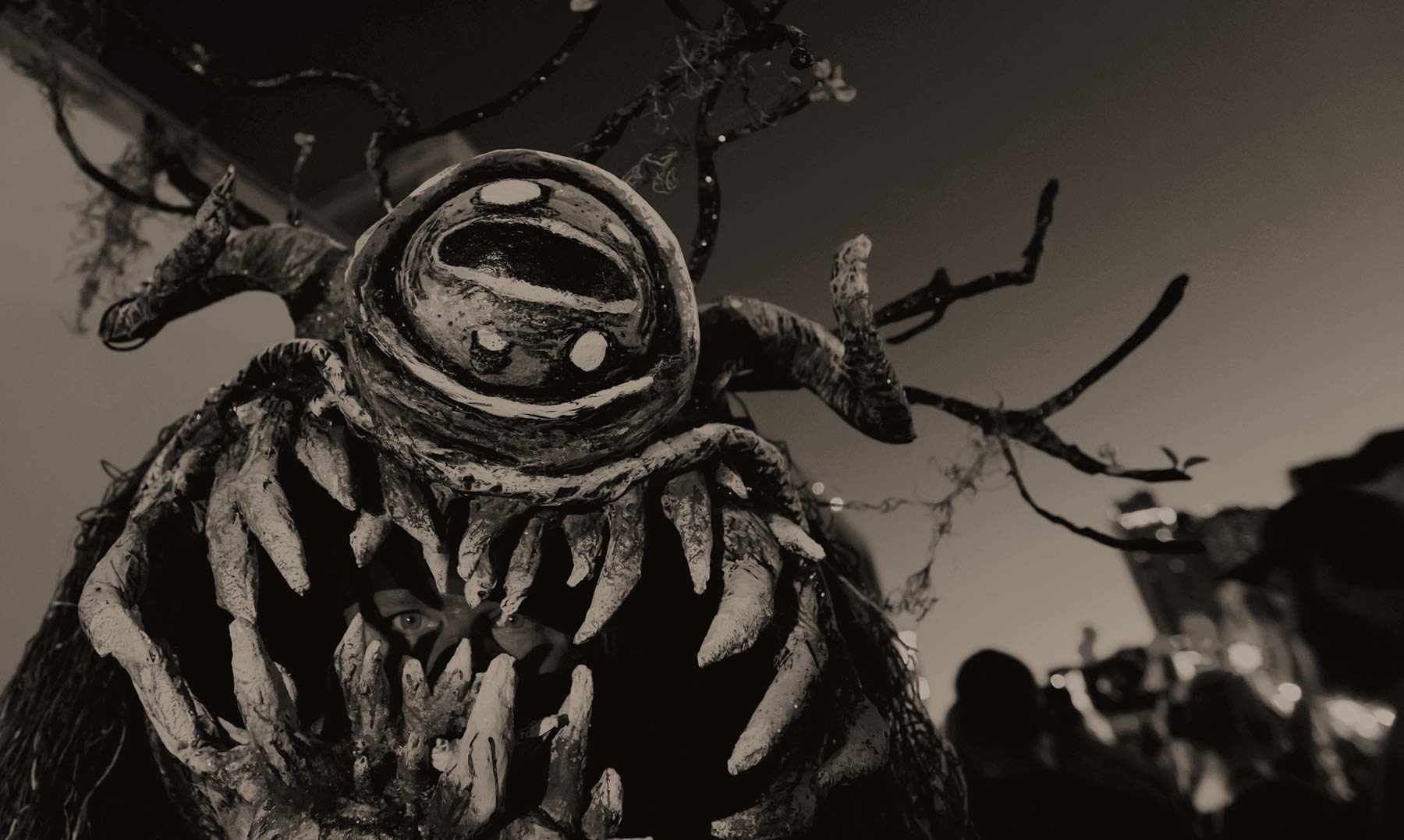 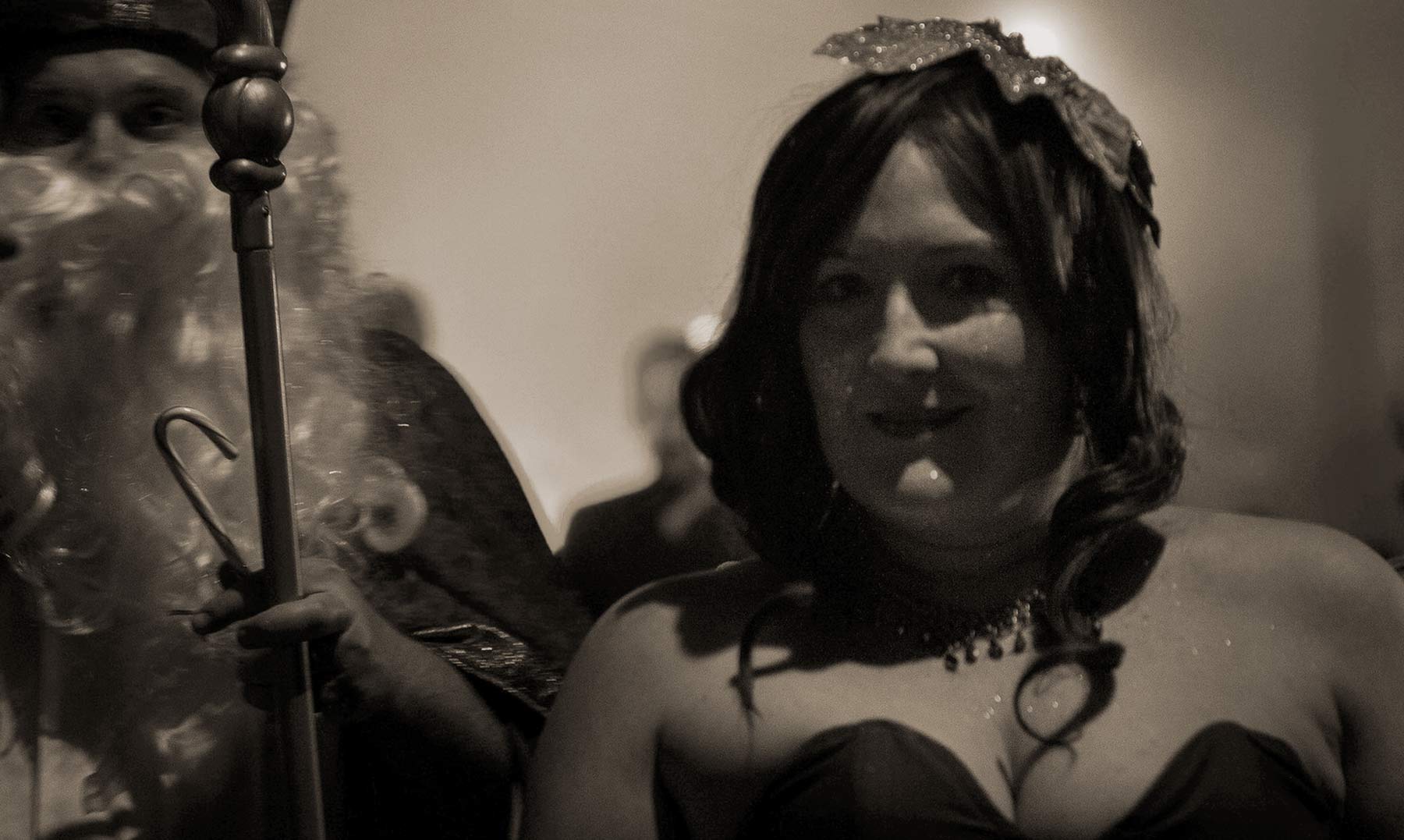